I chose the six-week challenge for a few reasons. My “covid-body” had got to a point where I saw myself in the mirror and thought, “time for a circuit-breaker, here”. I had seen the ad on Facebook promoting the ‘free’ six-week bootcamp for men and it got me in. I had also chatted with Victor at Officeworks, and he looked like a motivating personal trainer, which you both turned out to be. And I liked the idea of a six-week timeframe, as it was realistic and long enough to see some change.

What was the driver behind the journey?

The driver behind the journey was both stick and carrot. As mentioned above, I really wasn’t happy with how I was looking, and it was making me self-conscious in the bedroom, to be honest. I felt like I was letting both myself and my wife down, as she is much more disciplined than me. The immediate benefits were incredible. After only a few days, my energy levels were back to normal, I was sleeping better, clearer in the head etc. etc.

How are you feeling overall-biggest changes?

Overall changes were noticeable in all sorts of areas. My clothes were fitting better, I was not only eating better, but I wanted to eat better. The cravings for junk food and grog disappeared. Generally felt happier, more optimistic too.

Thoughts on the circuits?

The circuits were really good. Plenty of variety – it never felt like we were doing the same circuit twice (continually re-inventing the circuits must be your biggest challenge!). There always felt like there was a good balance between upper and lower body exercises, which was good. The high intensity really suits me, as I tend to cruise a bit with other exercise (especially in the pool, which I have been doing in the meantime).

So moving forward, I’m sort of in two minds about the goal-setting thing. What I mean is, while I can see the benefits of achieving short-term goals, I’m inclined to think that more subtle, longer-term shifts and lifestyle change should be the new focus for 2021. 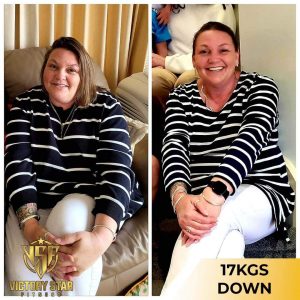 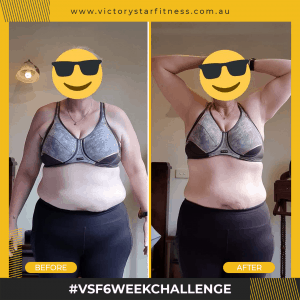 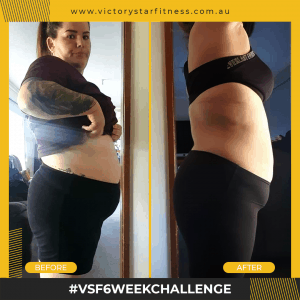 Te-Arnee Shares Thoughts on Her Weight Loss Journey with VSF

Register now and one of our friendly staff will contact you!

* Offer only available at Ballarat Gym.