ARE YOU READY TO BECOME FIT FOR LIFE? “I’m ready for long-term change. I’m over feeling tired, I want to be proud of what I see in the mirror and set a good example for my friends & family.”

Dear Ballarat residents,
If you are interested in not only reaching your short term goals, but also making life-long changes,  this may be the most important thing you ever read…
At Victory Star Fitness we not only focus on helping you lose weight, tighten & tone and find your energy again! We also focus on making small changes to your day-to-day lifestyle so you can enjoy the benefits 24hrs a day.
This is not a quick fix or fad, this is a proven program that will get you on track to living your best, healthiest life.
We are leading a movement to empower locals by using a collective approach. We combine, health, fitness, accountability and support alongside the most amazing community that want to see YOU succeed.
If you’d like to be a part of this program then please reserve your spot below.
Victor Nagbe, Owner
RESERVE MY SPOT

This challenge is about applying a lifestyle change that will take you out of your old habits and into new ones over the 6 weeks.
Nutritional tracking and physical training to improve your fitness and wellbeing, with testing before and after the program to show improvements.
Commit to the program requirements to get the full benefit of the 6 weeks!
Cardio, Strength and Endurance, with improved knowledge, confidence and resilience, all gained within an engaging and supportive environment.

Boxing-specific classes to teach the skills of the sport, as well as improving health and wellbeing through fitness.
Catering to both experienced boxers and those doing it for the very first time!

Offered both mornings and afternoons, Inner Warrior sessions are dynamic and engaging workouts.
Every session is different, making use of a wide variety of exercises and equipment.
Holistic strength/cardio sessions to improve not only physical development, but also coordination, posture and balance.

To provide a platform for young students to develop key skills, encouraging participation, development and ability. Students first learn the basics and gradually build on their motor skills and overall wellbeing. Over time students are introduced to the more technical areas of boxing.

This option gives flexibility to attend different classes throughout the day, paying only a per-session fee at the office.

LEARN THE SKILLS FOR LASTING CHANGE... 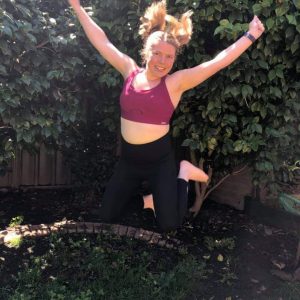 How to quickly lose unwanted body fat while building strength so you can FEEL GREAT about what you see in the mirror, and keep it that way. 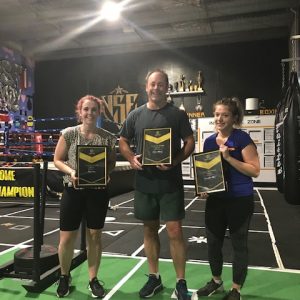 How to make small lifestyle changes with huge impacts so you can set a great example to the people you love.

How to avoid the chaos of losing and gaining weight over and over again, so you can finally go shopping for the outfits you want.

At the age of 28 Victor already has 2 world kick-boxing titles under his belt (the Max World Champion 2013 and the World Kickboxing Federation World Champion), as well as a recent Australian Champion’s title after his switch into traditional boxing.

Victor started his boxing career at an incredibly young age, competing professionally at the age of 18. With a decade of professional experience behind him, Victor knows the value of dedication and persistence, and applies those qualities to everything he does. They say that less is more, but growing up Victor would spend hundreds of hours perfecting his craft!

Alan moved over from Scotland over 2 years ago with his wife and two boys, and was looking for the perfect facility to continue his passion of helping people achieve their fitness and wellbeing goals.

A former Royal Navy (UK) Physical Trainer (Military Bootcamp, HIIT and Weights Trainer), a Leadership and Wellbeing Lecturer AND a Sports Coach, Alan has endless experience and knows what works.

Dedicated to helping his clients succeed, Alan will be with you every step of the way!

Register now and one of our friendly staff will contact you!

* Offer only available at Ballarat Gym.